"PLACE DES MARTYRS" (1774 - 1776)
www.visit.brussels
The “Place des Martyrs” (Martyrs’ Square) is a neoclassical square situated in the centre of Brussels. It is better known today as the location of several Flemish ministries – as well as the “Théâtre des Martyrs” – than as the final resting place of 467 fallen heroes of the Belgian Revolution of 1830. Nevertheless, for the visitor who turns into “Rue Saint-Michel” to escape the crowds of shoppers in “Rue Neuve”, the discovery of the square’s calm and order is a welcome surprise. Could there be a more fitting way to showcase this architectural jewel than fill it with the music of Mozart and his contemporaries? 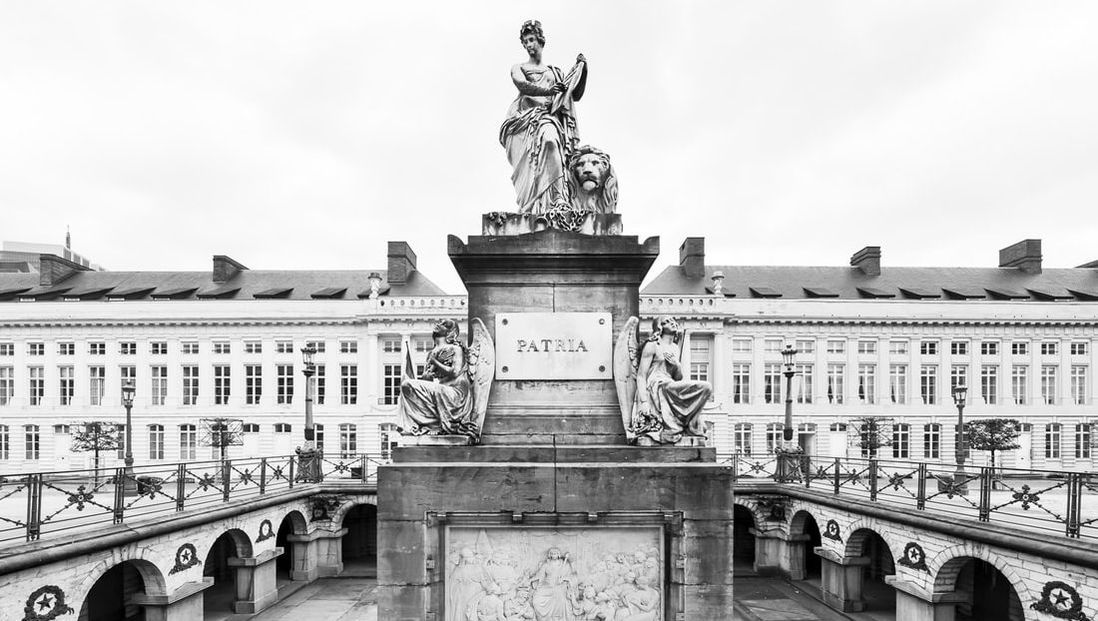 Imagined in the last quarter of the 18th century by a group of private promoters taking their inspiration from the royal squares in France, the former “Place Saint-Michel” is the first example in Brussels of such a uniform group of buildings, comparable with emblematic residential squares in London. Constructed on the site of a former laundry, it marks the introduction by Belgian architect Claude Fisco of the neoclassical style and its urbanistic concepts in the capital of the Austrian Netherlands. In line with the tastes of the period, the new ensemble quickly drew increasing public interest. Hence it sucessfully attracted, as owners or tenants, the residents for whom it was concieved: wealthy pensioners, lawyers, judges, doctors, merchants, civil servants, architects, successful artists, theatre directors, as well as several principal actors of the nearby “Théâtre de la Monnaie”.
​
The idea to erect a monument here arose in the wake of the events of 1830. Rechristened “Place des Martyrs” on the 2nd of October, it was to become one of the high places for the celebration of Belgian national identity. By 1832, a total of 467 fallen combatants had been laid to rest beneath the square’s cobblestones. Long a sought-after place of residence and a quiet haven from the agitation of the neighboring “Rue Neuve”, this beautiful square subsequently suffered a period of slow but steady decline. In 1963, the buildings’ roofs and facades as well as the monument to the fallen heroes were listed by the Royal Commission on National Monuments and Heritage Sites. Progressive restoration has permitted the square to become home to several Flemish ministries, architects’ offices, a publishing house and its bookshop… and a theatre.
THE THEATRE
Constructed on the site of the former “Étoile” cinema, the “Théâtre des Martyrs” is indisputably one of the most beautiful and modern theatres in all of Brussels. Inaugurated in 1998, it is the first to have been built by Brussels’ French Community Commission (COCOF). Placed today under the artistic direction of Philipe Sireuil, it defines itself as “singular yet plural, a stage for multilple artists”. The building currently houses two performance spaces: a larger hall with 366 seats and a smaller space dedicated to more intimate projects. Due to the success of its programming, the theatre contributes greatly to maintaining a lively cultural nightlife on the square.
​www.theatre-martyrs.be

IN THE PRESS
“This hall is very well concieved for the performance of classical music, and I find it all the more surprising that it is not better known on the ‘circuit’. For me it was in itself a positive discovery.” ((Klassiek Centraal, 02/07/2017)
THEATHER RESTAURANT,"LE 22" ​
“Michaël Herzl and his team look forward to welcoming you at “Le 22” to satisfy your hunger or thirst before or after the show. The Belgo-Peruvian cuisine is light and refined, the drinks warmed or chilled to perfection, the reception friendly, and the service with a smile. The restaurant is open 75 minutes before each performance. You can reserve your table by contacting the ticket office at 02 223 3208 or by sending a message to our facebook page, where you will also find the weekly menu and other novelties.
PUBLISHERS & BOOKSHOP,​ "LA MAISON CFC"
“Maison CFC” occupies the ground floor at Place des Martyrs 14. Its activities are developed by two complementary centres of competence: a publishing house and a bookshop. Its editorial, distributional and promotional policies find their expression in the publication of literary works and the organisation of related events, such as exhibitions, conferences, meetings, workshops, guided visits, concerts and other performances. Its aim is to showcase cultural heritage, to promote creativity and to support artistic and literary activities across Brussels’ French-speaking community. Operated under the name “Quartiers Latins” since 1992, the venue was rechristened “Maison CFC (éditions-librarie)” in late 2017.
www.maisoncfc.be
AMADEUS & CO   •   SUPPORT US    •    FACEBOOK   •    CONTACT    •    PRO